Portfolio > States of Being Series 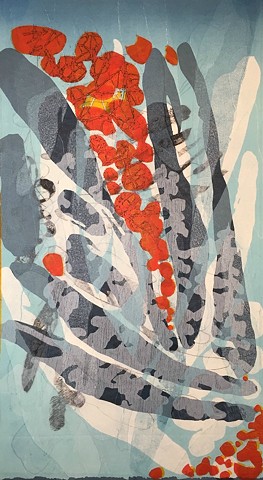 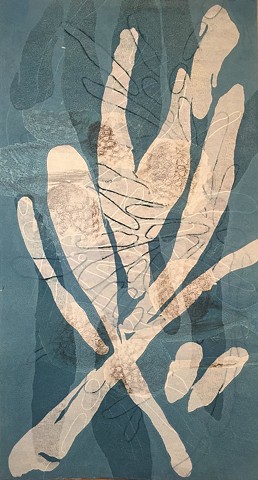 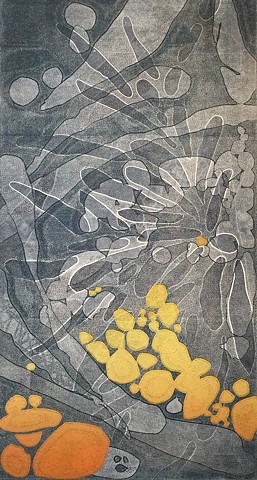 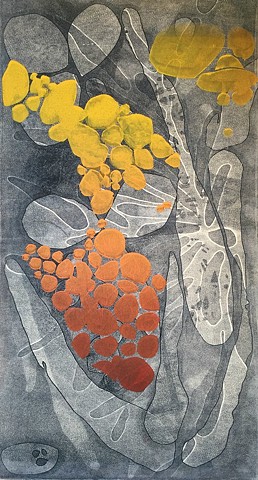 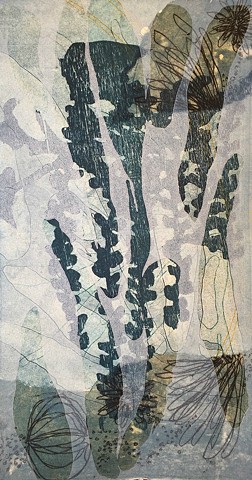 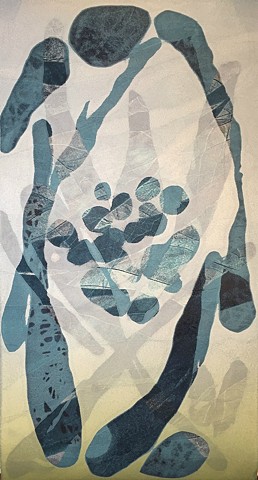 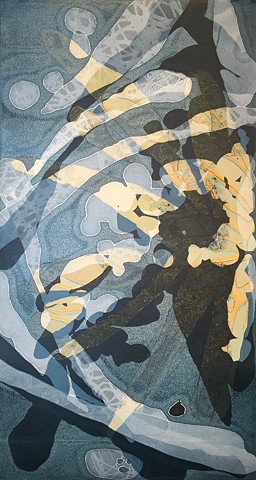 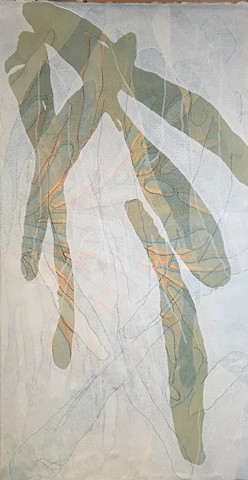 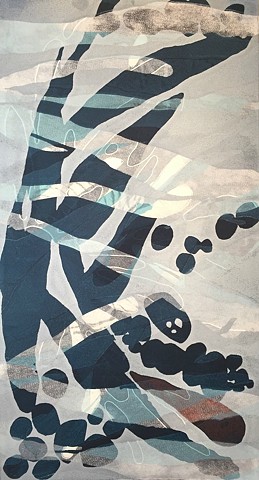 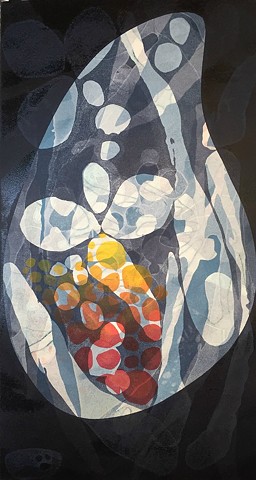 In this series of prints I am trying to reflect positive emotional perspectives through form and color. When besieged by doubt and longing, it can help me to remember that discoveries in sciences from botany to astrophysics prove ineffable relationship to everything, even if we don't understand it. Did you ever hear the recording of the audible signals made by passing gravitational waves created by colliding stars? Repetitions of a small "woop" on a rising note, just like drips from a faucet landing in the sinkful of water. Preposterously large rocks were falling into the pond of our universe, distorting space and time, bobbing the earth up and down like so much flotsam. Whatever our worries, the atoms that make us are far from alone.

My process begins with a collograph plate: a flat plate on which I’ve glued different shapes, which creates a fixed matrix of raised surfaces. This plate is a constant through all the prints. I can ink this plate by rolling or by wiping: each technique produces a singular effect. Then I begin to play with layering other shapes on top of the basic print image. I cut stencils out of paper, plastic, and plywood, and sometimes I ink the stencil and sometimes I use the stencils as a resist between an inked plate and the printed paper. Sometimes after printing a plate, there is a ghost image that I can print, which contains echoes of the shapes from the first printing of the plate but with different effects since some of the ink has been altered by the stencils. All of these methods, along with collaging and the use of graduated color rolls of ink, are combined in this work.